Pb_pal said:
Druids are tough, but only really in the sense that you need patience. As I learned they can be extremely safe, so dying isn't a huge concern. That kill speed isn't going to be winning any awards though, that's for sure. It's wild to me that nobody has done one since the original Windy, so that begs the question; who's next?
Click to expand...

So its right time to get back to the business, once again I have decent experience with untwincked Windys, two of them reached relatively safely lvl 92-93, so its time to give it a REAL try...

Well, You can run away from D2 as many times as You want, but You can never truly leave, i guess

Introducing Winterchill, lvl 1 untwincked HC Druid Guess i've seen this name somewhere, but its so much fitting that i can't resist to use it

Got to 97.5! Most of these finds were already posted in mini-rfl results. I wen't from 97-97.4 during that tourney and thought I'd wait till the nice round 97.5 to post here, and I only found one thing of note from 97.4-97.5. Anyways I had some nice rune finds during the tourney: 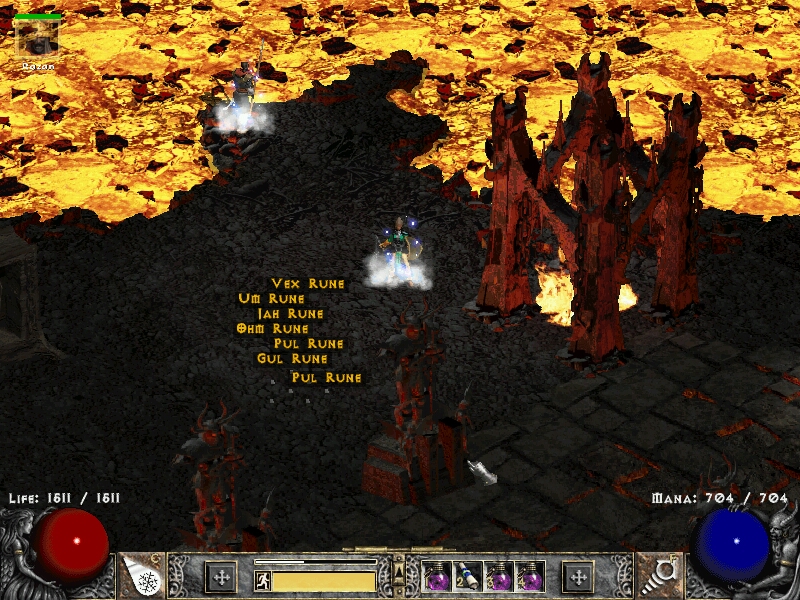 After that, phoenix suddenly seems very achievable, so I think I'll be going fire at lvl 98 (barring an unlikely griffons appearance).
So I am only an ohm/Lo from phoenix, and I WAS only a sur away from infinity, but the day after the tourney, this baby dropped. 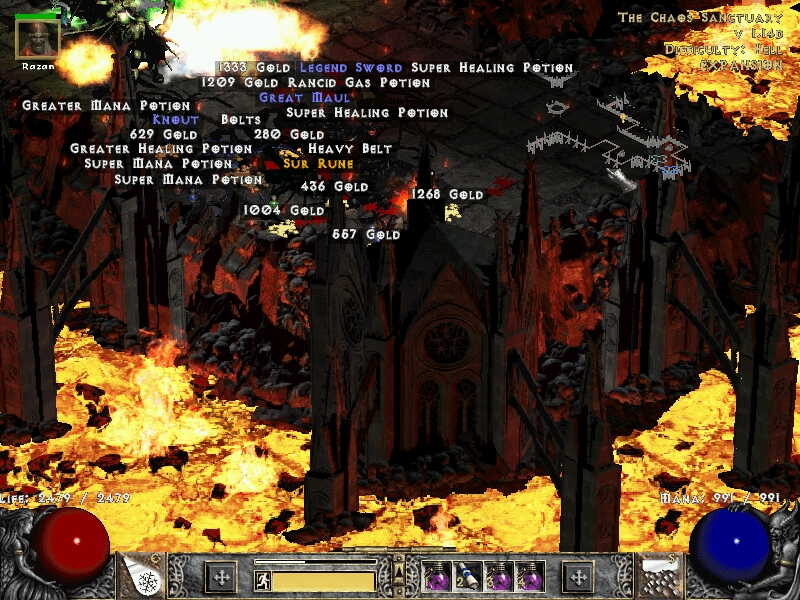 So now infinity is in the bag! Will probably still wait till 98 to make it.

Interesting non-runes:
Sorry this is mostly the same as my mini-rfl results post, but I thought it would be nice to have here too for this update. I will see you all again in hopefully not too long at 97.75

@RIP Glad to see yet another entrant !! Good luck .

Only 47 levels to go

Well, spirit will be needed indeed

It felt a bit unfair, last death explotion (FE) of one Councills and phew, i have to start again...75% fire res at the time, 950+ HP with Oak and active Cyclone armor (around 600points absorbed) and still not enough to prevent this one hit K.O...

Hmm, it is time to introduce Winterchill_II, brother of the fallen hero...Hellish minions, beware

@RIP Sorry about the deeds, but kind of funny timing to see that (at least for me). Just yesterday I deeded a fanazealot fighting the NM council, except I made sure to stay well clear of Geleb when he died. The problem for me was that I didn't check the secondary mods on the other council members and I can only assume that Toorc was CEFE when his death OHKO'd me. Just sharing my experience so you don't get OHKO'd by them twice!

Indeed, this must be one of the most important things in HC ... Keep your distance with dying mobs from NM Act 3 High Council and onwards even if you might have decent stats and equipment. I have ripped most of my characters like that. Mostly from unexpected frozen nova.

I would also like to inform you guys on my progress with Fragile. I have to admit, I am really bad mfer, but I found my first so-called endgame item, which is Mara @25. I have run approximately 6-7 hours in Hell level in total. First two hours were a complete waste. In these hours I mfed Andariel (P1) and Mausoleum (P3). There are not so many mob packs in Mausoleum and I got fed up rather quickly. Thats why ended up in Ancient Tunnels (P4-P6). I also found Moser´s Shield and low Viper @23. Currently, as long as I am positioned far away from dying mobs, I am feeling myself rather secure. Probably I start runs on P8 soon.

What´s more. Well, I am a bit impatient I suppose, but if I find Ravenfrost ring and some items with damage reduction, (either Shako, Stormshield or Verdungo´s Coil) I would go straight to Travincal (P3) for high runes. Currently I am using Rhyme just to have 30+ MF, but if Travincal is doable, I´d choose tank mode with two perf diamonds in Mosars and no MF at all just to get the runes, charms and all. LK is not for me ...

Think I am going to have to pull myself out of this race. Have not been able to find any time to work on DrearyAura my Bliz sorc for almost a year. I am hoping that life slows down a little, but now that I am a grandpa, playing D2 is a little lower on the priority pole. Best of luck to all of you.

Sorry for the rip

GL to all of You

I was running LK for like 2 weeks with my 98 lvl barb on this map. 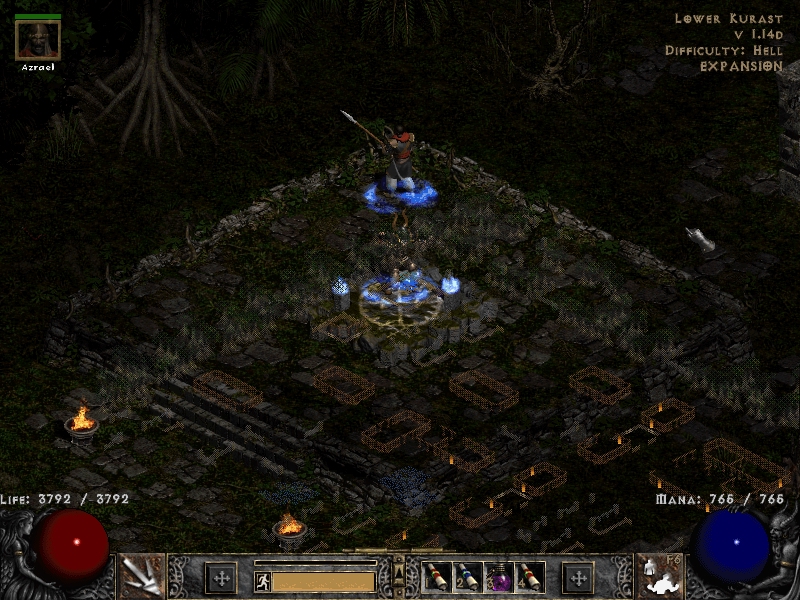 Found some cool items that you can see below. 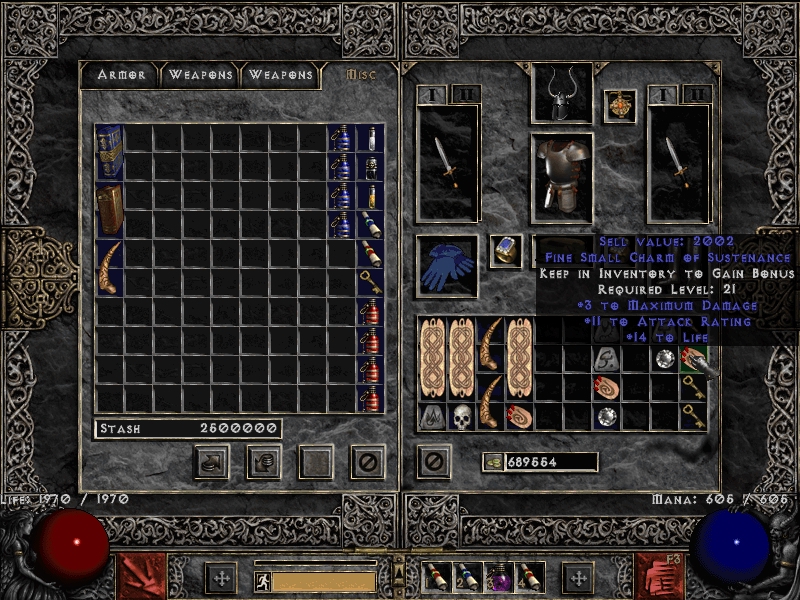 ...and this is pretty cool LC. 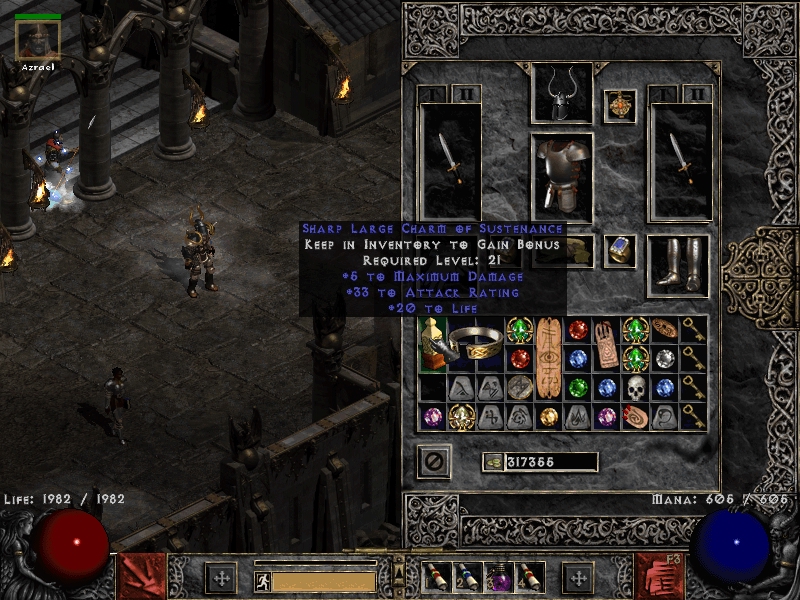 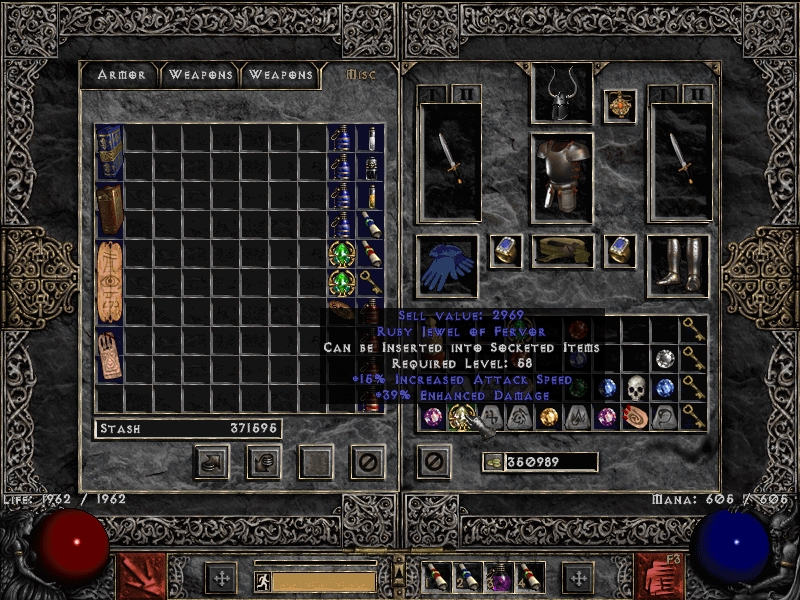 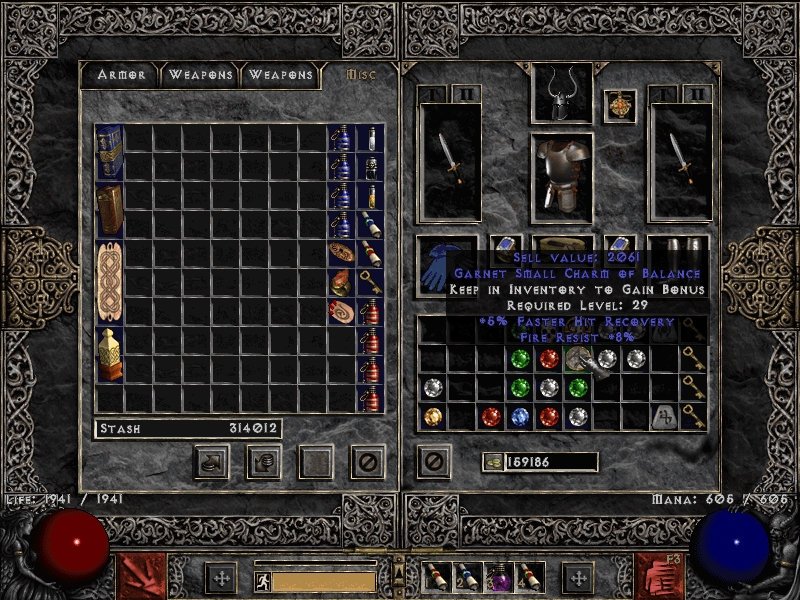 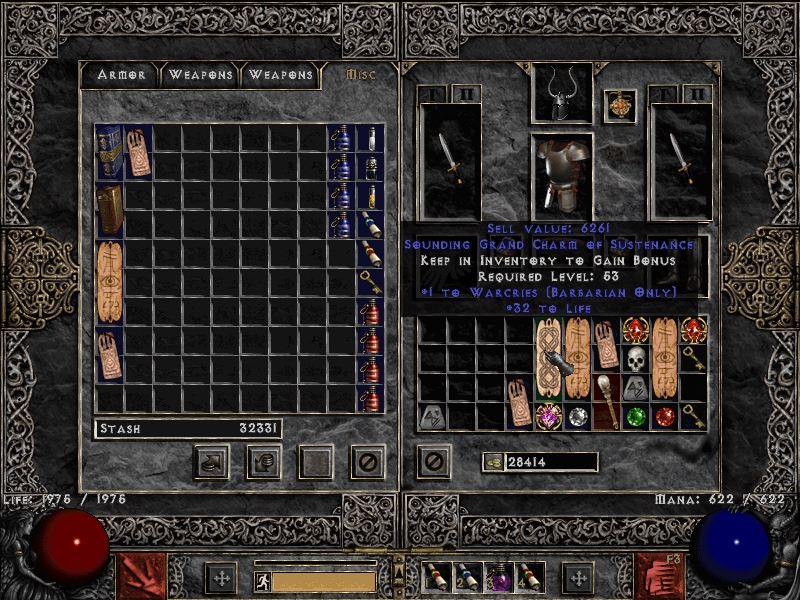 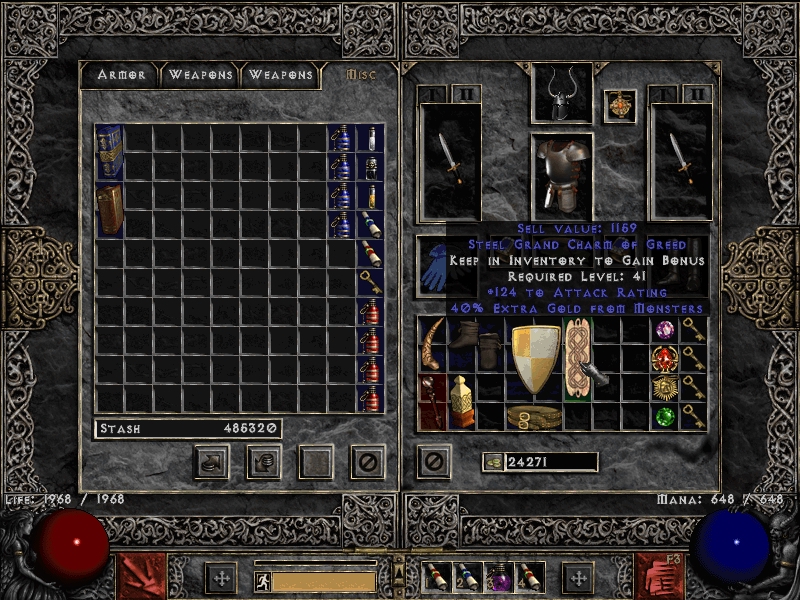 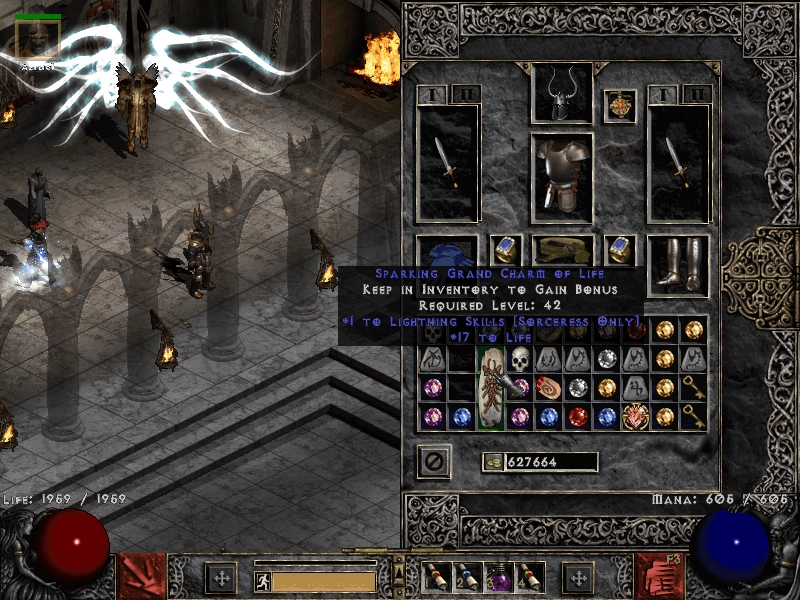 Got a sur rune after 2567 LK runs which is ridiculous, but was finally able to make beast (had 1 sur from my first LK farming before running baal). 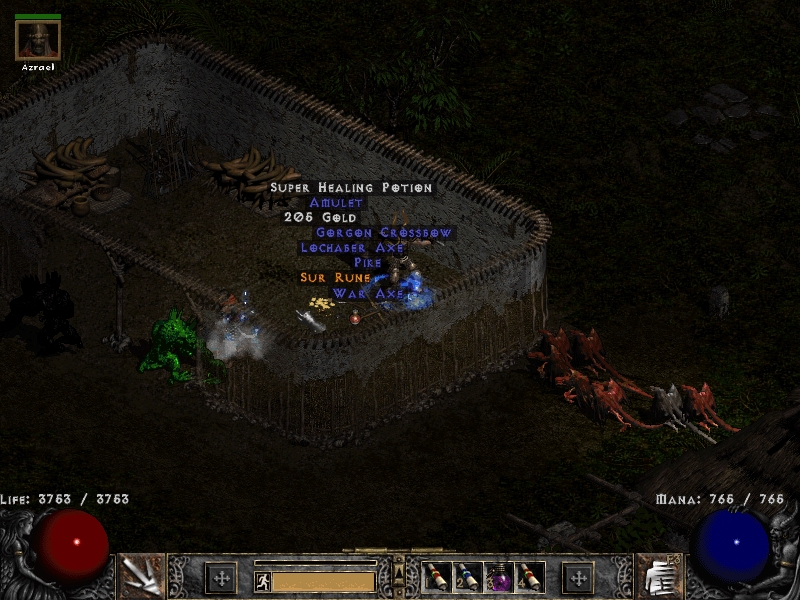 Choosing the base was kinda problematic, cause there were many options. Finally i went with militrary pick, cause it is -10 WSM weapon, has pretty low requirements (str is ok, but dex can be problematic on other chars, but who cares xD) and looks pretty cool on a barb. War scepter was an option too, but doesn't look that good XD 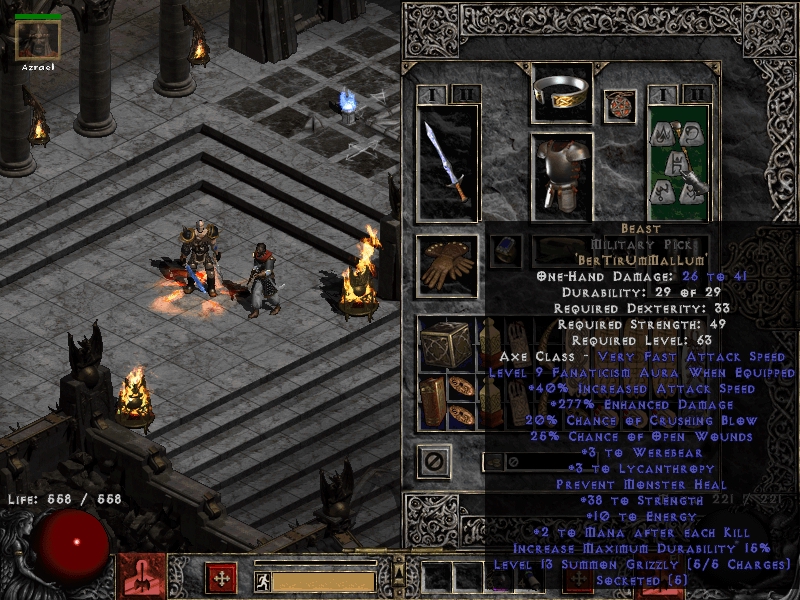 After making Beast i respeced to concentration with max howl and BO. When running nihlathak, i will be using safety gear which you can see below. 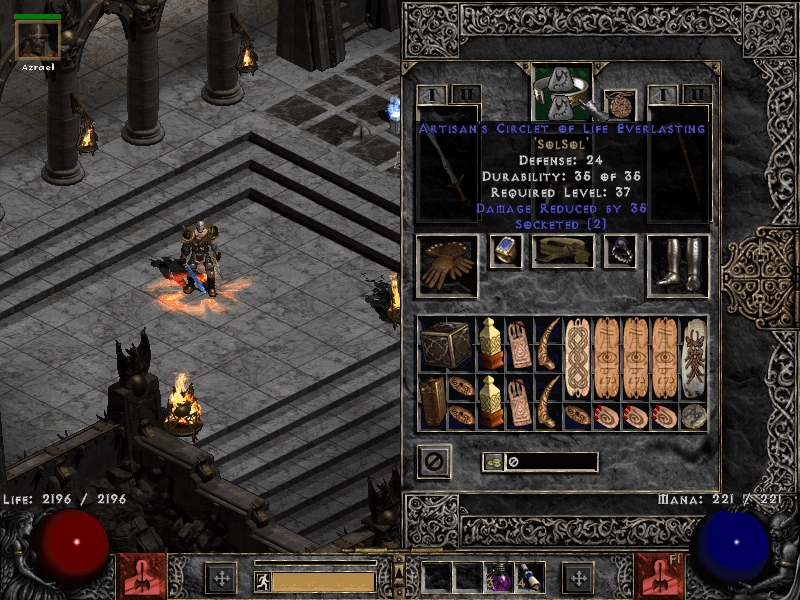 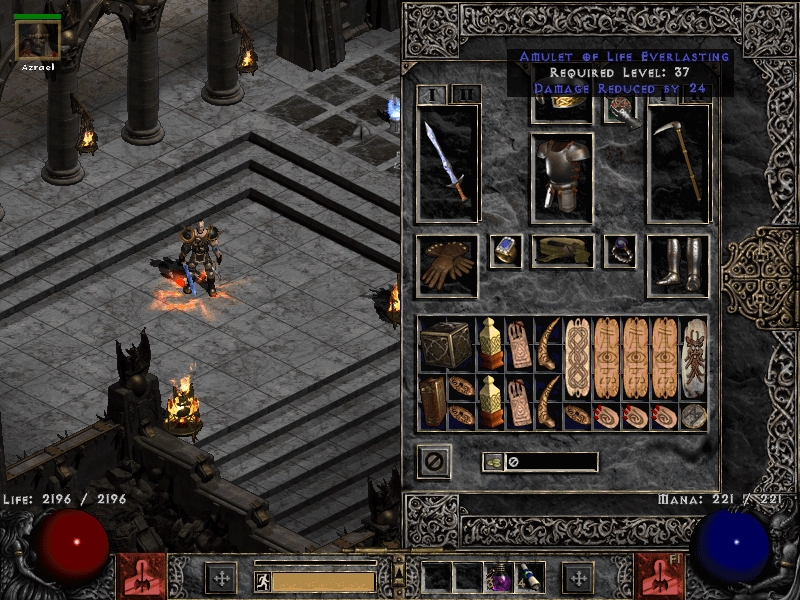 Initial plan was to get sur quickly and start nihla within a few days after getting 98, but LK said NOPE. Wanted to get to 99 before december. Now my plan is to get there before Christmas. Doesn't seem too hard, but we will see as always xD

Here you have some clips:

@ResTTe sick update! Congrats on finally getting that sur, and that rjof is bonkers . Love to see a couple of runs with the guy too. Before christmas?! You're a madman, but really I'm sure you can do it. Gogo!
E

You are not alone on this!

Edit:My bad. Saw your later post. But still, best of luck on your next one. You HC players deserve all the cheers!

Hello everyone! Returning D2 player here to introduce myself and my untwinked-slash-only character for this challenge:

Playing a fire trapper build, with some minor points into Death Sentry. Starting to put some extra points to Dtalon at this point, since the end goal is to make a kicksin/fire trapper build. It's not an original idea, but it is something of a first for me. Do have high hopes tho!
Last edited: Oct 30, 2019

I am officially back to the Council with Stevesy! Another level done in his bid for an LK-less adventure, this time from 92-93 for approximately 11-1200 horked runs of Trav.

After that dismal showing last level (a single Mal for 500+ horked runs) that's more like it rune-wise this time around! Still not what I wanted (Ber/Jah for enigma), but good utility runes for other RWs, and an encouraging sign moving forward. Things are still super safe in Trav for him, no NDEs or anything even close to one to report.

Also some other goodies, check it out:


Code:
RJoF, awesome! Sadly it's not actually useful for Stevesy as the ias is obsolete, but still fun to have. Nature's Peace is nice to see in case I end up at Nihl one day (not likely), and I always like seeing Ormus' robes (though I have this skill type already). Some useable charms too:

I've resisted making an untwinked char for a long time, but what the hell. Charged bolt/thunderstorm UT99 Translocator sorc checking in.

Here's a new contestant, Lubotor the Barbarian ! I've been thinking about entering this challenge for quite a while, but waited to see which class would catch my attention enough to get in. The barb was a starting favorite, and a lucky drop clinched it for me; he got the Arreat's Face early in Nightmare. He's softcore with Extended Stash and the RWM active.

The name of the barb come from a silly but really fun action movie called The Last Warrior (or The Scythian).

He's a Frenzy barb for now and I'll try to get him all the way to 99 as one, but, if it becomes unreasonable to do so, I'll respec him into something else. We'll see along the way. Other than Arreat's, he has : two Strength swords, Hawkmail, Lavagout gloves, Tal's belt and Infernostride boots. The gloves are actually quite good right now, because, since the Frenzy barb attack so damn often, L. 10 Enchant is pretty much always on. The rest is all rares with good resists.

So, tonight, my kids are with my ex and I got the whole evening to level him up ! May the drops be generous !

Well, might as well add this necro to the list. I restarted everything while playing unmodified (no RWM or anything else) Hardcore SP.
I killed off the first two characters (both in the mid-70's), but just made my first guardian (untwinked too)!