@T72on1 - Quite true. Just don't calculate how many thousands of Baal runs I'll need. I don't think I could take it!

On the first Hell session with BabyNinetyNiner, while running Countess.

He is a zealer. What else? 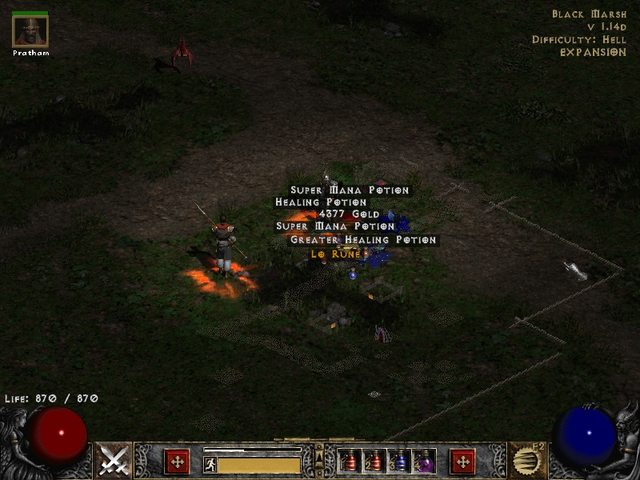 Really, this boy is the luckiest I played while questing!

Vildecor said:
Looks like I’ll just start counting down from 5400.

Don't forget, it's almost certainly more efficient time-wise pre-97 to not include Baal in the runs at all, so you may want to test out your XP/time doing just Ventar runs, Lister runs, and full Baal runs to see what's fastest. Unless you're looking for drops too, in which case Baal is likely the best choice.

Edit: I forgot that this is for a fishyzon. CS is such a strong Baal killer that it's probably actually more efficient to include him. Test it out anyways and let us know!
Last edited: Jul 17, 2019

BabyNinetyNiner hit lvl 82, Andy has been defeated and ran with no real success dropwise, and most of the time passed doing Black Marsh's Hole runs, due to a nice map. Full story on dedicated thread as usual

See you on next update!

I leveled up my barb to 96 and did some more baalruns, so he is 96.5 already. Had some bad encounter with might/cursed dolls and died like 2 times while trying to pick up my body. Fortunately the exp loss on low lvls isn't bad at all, so i was able to make up for that situation pretty fast. I have to be more careful though.

Wanted to post some pics of recent drops and update the exp table, but guess i can't do that because i am a new member and have only 1 post so far xD Anyone knows what are the requirements for being "trusted member" or where i can find them?

It's very, VERY safe as a wolf so far. The merc dies every now and then, but that's no problem. The runs aren't fast, but with this much life they sure are safe. The XP is decent, and the runs themselves are actually entertaining too, so that's a nice bonus.

Stevesy found his first decent rune in an Ist, and some cool S/U like Butcher's pupil too. Partway into level 87 we dropped an Um, a Wizardspike, and then just before the halfway point of the level we got our first REAL reward from Trav: 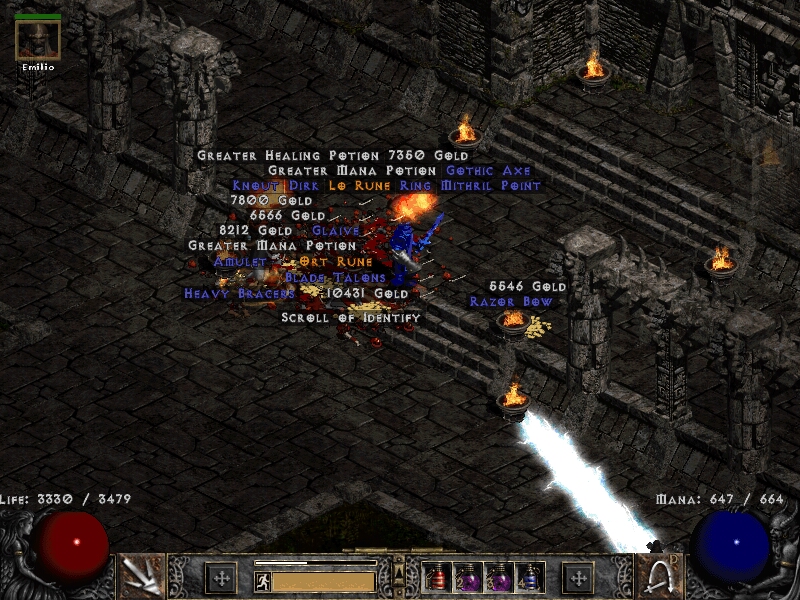 Nice! I gathered up supplies and prepared to roll all the Phase Blades we had. Well, I didn't need them all as he rolled 5 sockets on the very first one (Sorry T! ). So Stevesy cubed up his Um runes for a Mal and all of a sudden he's got his end-game weapon: 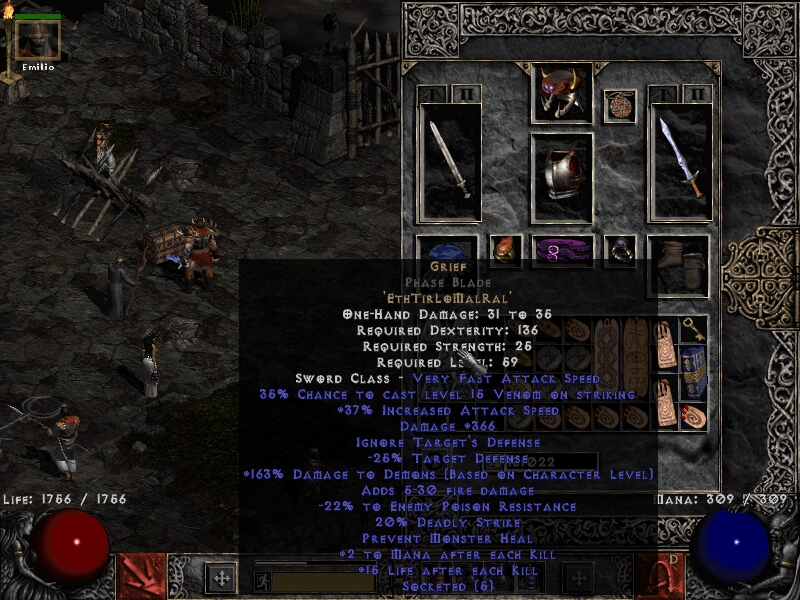 Mediocre damage roll, but the IAS is enough to get me to 5 fpa with Feral Rage, so I'm a happy camper. The major increase in power allowed for the /p setting to move up to 3 and still be slightly faster than his previous runs, so that's a huge win too. Stevesy threw a Rhyme shield on his off-hand for some cheap CBF and MF for now, but I'll have to start actually considering what to put there for the long term. I would imagine Beast would be the best option, but I've got loads of time to figure that out for sure.

Back to running he found a set of Ormus' robes (Blizzard), and then this beauty of a charm:


Code:
After that it was a Pul and then finally a gheeds (39%/10%) to polish off the level and leave him at eighty eight for now. All in all I'm extremely happy with the switch from Frenzy to Wolfbarb. It's obviously very safe which is much easier on the HC nerves, but it's also way more fun (so far anyway) and is the first time during Stevesy's journey that I feel he might actually make it to the end without dying.

I have some time off work for the next little bit, so expect the updates to keep on flowing

It definitely makes me want to gather stuff to make a twinked one !

Congrats for the new weapon, btw

@ResTTe I'm not sure. I thought it was just a matter of being a member a few days, but that obviously must be wrong. I don't see it in the rules or anything. @maxicek do you mind clarifying or directing?

@Luhkoh Yeah, i just wanted to do some things too fast xD I will search the forum for interesting threads and create some activity ^^ Some explanation would be nice though.

@Pb_pal I've heard about wolf trav barb some time ago and it is an interesting build for sure. The same with wolf/bear barb farming nihla for that sweet lvl 99 we all want here xD

I think you need 10 messages or so. But I'm not sure. Whatever it is, grab a chair, make yourself comfortable, read up on some of the interesting threads here (warning: there's too many to be healthy if you get carried away), and soon enough you'll find yourself posting in this thread with all your updates, pics, and whatever .

TooMuchEnergy finally hit level 93 . Took her 6 hours, so in the end not too bad, but certainly not fast either.

Best drops were the 2os CoA I already posted about, Grandfather, Greyform, Pluckeye, 2x Nat's Mark, a Mal from AS (I did a few runs there as a change of pace) and a second Ohm from Pits, just before hitting level 93. I cubed it up with the first one I found and made my merc a new armor.

When I hit level 93 I switched to a Defiance merc. Now it's time to reroll maps and run LK until I have Infinity.

I've been very motivated lately to get my necro on his feet. I used 1200 keys on my LK map and found only one more Mal and a Lem, so nothing above Vex from there...

To mix it up I leveled on Pindle after key #1200, reached level ** and found a unique Winged Harpoon. I also rerolled my LK map and stuck with a nice linear layout that only needs two teleports. So far I did 360 keys on this map and again got a ... Mal

That really bummed me out so I went back to Pindle (but kept the LK map!) to reach level 89 and that payed off big time!

Code:
The biggest upgrade was a Blade of Ali Baba which pushed me from 100% effective MF to 125% MF and shortly after I found that I found this:

That's three Caddys in two months, all with 4os

@T72on1 Yeah, content of this forum is god tier, will definitely read some threads. Too bad it is impossible to read all of this in reasonable amount of time xD

@art_vandelay Necro is a cool class to play cause of CE but i loose motivation in taking him to 99, cause of the amount of LK runs i would have to do to get enigma and infinity. The good thing is that you can always farm LK only for enigma and then do some pit farming for infinity. Variety is nice sometimes xD

Did two hours of LK today and within the first hour got this:

and because that's not enough the game decided to double down:

Fun fact: the chest to the left dropped a Lem.


And I would guesstimate my amount of runs done so far in the 1500-1600 range. LK runs really aren't that hard to do quickly with Harmony, Teleport and some frw e.g. from Stealth.

All that is to say: there is no excuse not to do an UT99er

@art_vandelay 1.5k LK runs and you farmed infinity? What the heck? XD Wish i had that luck with enigma, but like i said, i had a random Lo rune drop and found enigma around the "average", so i can't complain for sure.

It looks like i can update the exp table and add pictures now, so get ready for some nice items ^^

Ok, so i lvled up my barb to 96 and did some more baalruns, so he is basically 96.5 now. Had some bad encouter with might/cursed dolls and died like 2 times while trying to pick up my body. Fortunately exp loss isn't bad at all on low lvls, so i was able to make up for this situation pretty fast. I have to be more careful though, cause dying on lvl 97 and 98 is not that funny.

I found some nice items since my last (and actually first) update, which you can see below.

That's my second ever astreon's. It was dropped by baal himself, so a pretty crazy find considering the fact that i had around 300 baalruns on this barb's runcouter when it dropped. 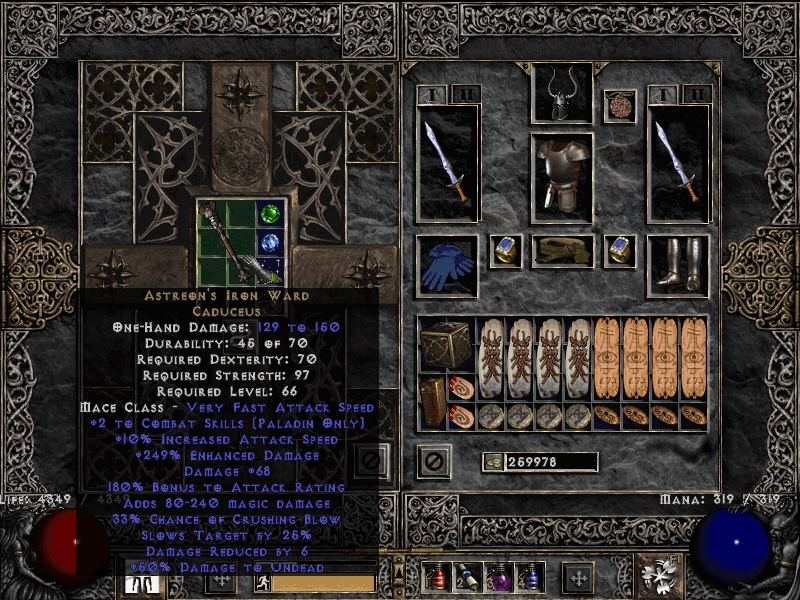 Also found this eth redeemer from baal, which is a crazy drop too. 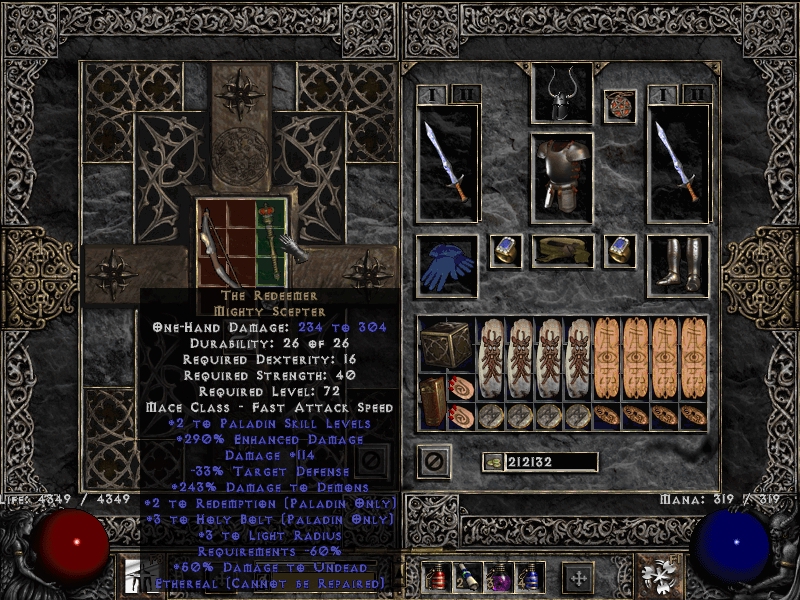 Will use all future Lo runes to make Grief in this PB for sure, unless i find 15ed one preferably with some AR xD 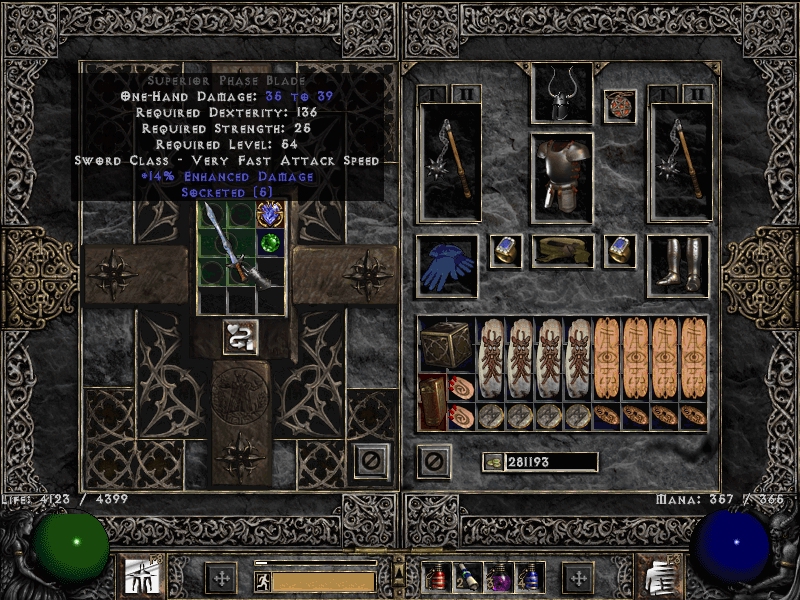 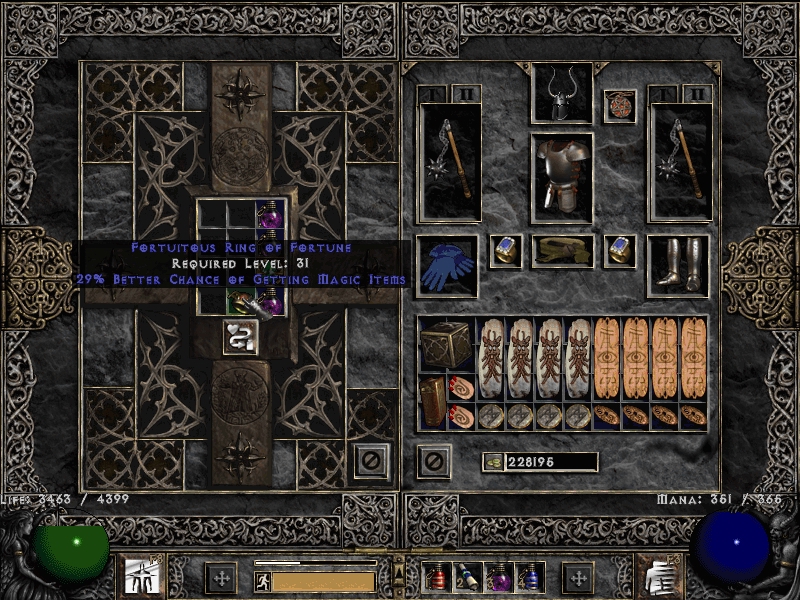 Did some totally random Anya shopping, cause i was bored and saw this after like 20 minutes... INSANE 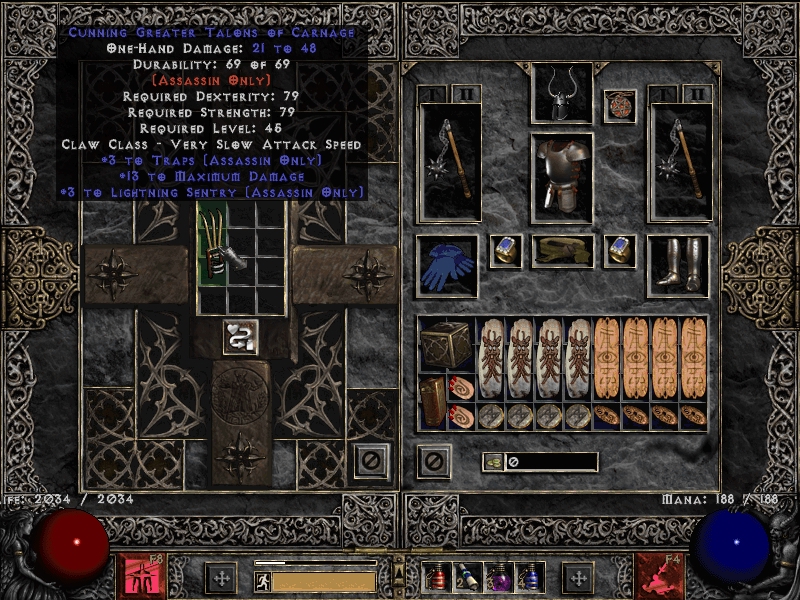 That's pretty much it for now. My current goal is to reach lvl 97 next week, which won't be a problem at all. My long term goal is to get this barb to 99 until like october, respec to pitzerker, roll some good map and do about 6k pitruns till the end of the year. The ultimate goal is to finish the holy grail with him only using the items he finds and socket quest he has, so no ias jewel in kira's/reaper's and no ed jewel in gface for me xD I will socket shako with cham rune (will farm for it, unless it drops till lvl 99) and 2 wizardspikes with ist runes. Using isted shako, trang's belt and some ias rare gloves/LoH instead of "typical" pitzerker setup is an option too, but we will se what happens. I also have to craft some caster amulets for him and getting a decent one is hard. Maybe i will also craft some blood gloves before running Nihlathak... We will see...